1970's — From his beginnings in music, Nicolas Vérin has been involved in improvisation, first with guitar, then electric guitar, piano, electric organ, etc. During his first concert, in 1976 at Brest's University, part of the concert were improvisations using a EMS Synthi 100 along with tape recorder loops, and various feedback systems.

1980's — As a pianist he was involved in several groups ranging from jazz to free-jazz to totally free improv, including a trio with brothers François and Louis Moutin but also made pieces that involved improvisation with multi-track tape recorders

Solo - 1986 (extr)   "Solo" is a piece that uses the 8 tracks of a tape as materials for improvisation, freely combining the raw elements.

In the late 90's, he renewed with improvisation using electroacoustics, with CDs and samplers, in several concerts with Ligys studio, and also with Cécile Daroux during a tour in California, where they also played with David Wessel, Steve Coleman, James Newton... 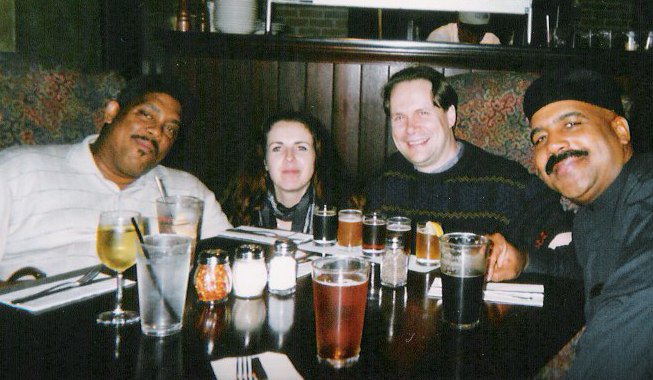 2000's This lead them to invite Louis Sclavis to join in a trio, which performed during a tour in California in 2001, at Ircam's Festival Agora, at the Muse en Circuit and the Péniche-Opéra, and in Moscow and St-Petersburgh. They have a CD in preparation, recorded at La Muse en Circuit. A film for Arte TV will feature several improvisations of their trio. 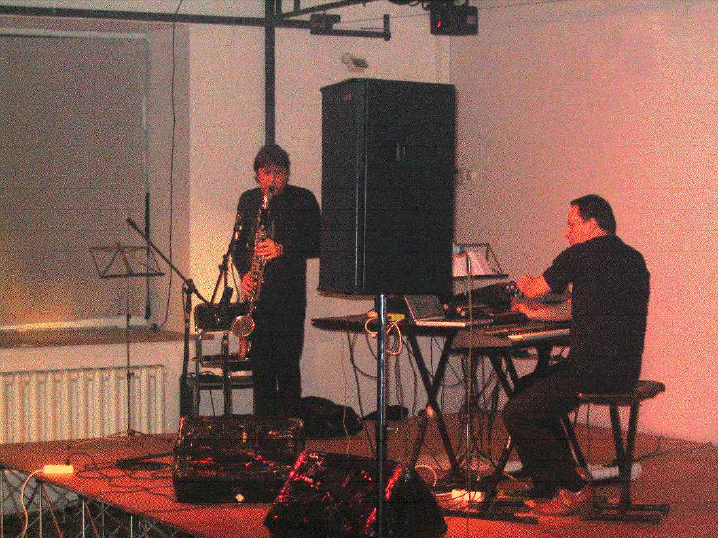 Louis Sclavis and Nicolas Vérin in concert at the "Dom" in Moscow, Nov. 2005

2010 This led him to realize he could also venture in a solo improvisation, which he did for the first time in December 2009 at Montreuil's "la Machinante". 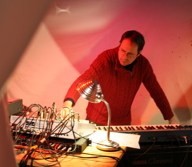 live at "la Machinante" in Montreuil, near Paris, december 2009